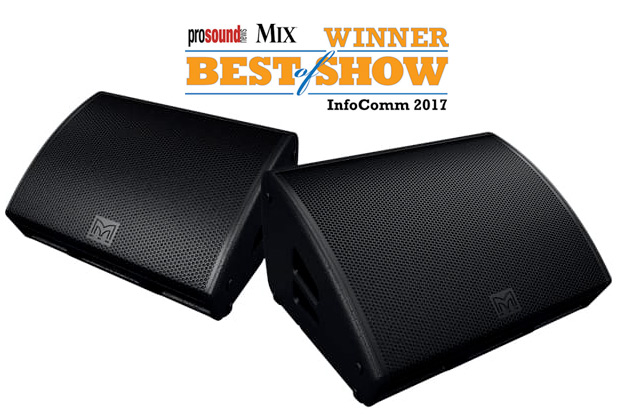 Musicians benefit from an onstage environment where they sound great. Hearing their individual performance, as well as the overall sound of the other musicians with clarity, dynamism and presence is essential to a confident performance that unites the band onstage. This is the realm of the stage monitor — the vital bridge between the artist and the audience. Martin Audio brings engineering innovation to high performance stage monitoring with the XE Series — setting a new reference in sonic excellence and defined coverage.

Designed in consultation with leading monitor engineers and combiningsleek, low-profile enclosures with unique Coaxial Differential Dispersiontechnology, the XE300 and XE500 deliver perfect monitor sound with a definedcoverage pattern that allows the artist freedom of movement, while reducingoverlap with adjacent monitors.

Coaxial Differential Dispersion technology allows the artist to standdirectly over the monitor or further back, without significant changes in SPLor tonal balance. It produces the optimal coverage pattern over a listeningplane at head-height and helps to contain the sound within that region.

Delivering definitive monitor sound, the visually-appealing XE Seriesenclosures present a low, camera-friendly profile, are easy to carry andmanoeuvre, and feature built-in risers for situations that call for a steepermonitoring angle.

Designed as a complete system, the state of the art iKON 4 channelClass D amplifier maximises the capability of the monitor while ensuring bothengineer and artist can be confident they will experience the same high levelof consistent performance from an XE monitor anywhere in the world. 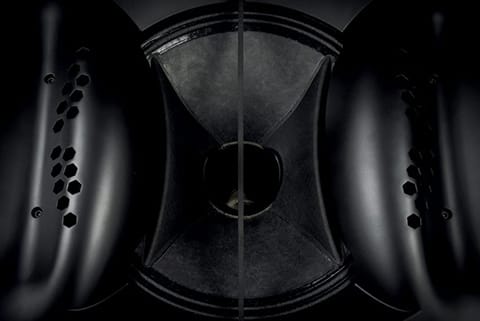 Non-coaxial two-way monitors can suffer from unevenfrequency response off-axis because the outputs of the LF and HF sectionsinterfere with each other, causing cancellations off-axis, depending on thelistening position. This is most noticeable close to the loudspeaker in theall-important crossover region — which lies right in the middle of the vocalband.

In contrast, coaxial monitors can achieve ‘point-source’ summation ofthe LF and HF sections at all positions off-axis, even close-up. Otheradvantages of coaxial designs are that they remove the need for left andright-handed versions and are inherently more compact.

Significantly, until now one disadvantage of conventional coaxialdevices has been high frequency beaming, where the high frequency dispersionreduces as the frequency increases. This is primarily because conventionalcoaxial devices channel high frequencies through a narrow tube in thepole-piece of the magnet system. XE Series coaxial drivers overcome this byincorporating an innovative static waveguide in the centre of the driver thatmerges seamlessly with the unique cone shape — maintaining the dispersionpattern out to very high frequencies.

A Differential Dispersion horn has a 3Dtrapezoid dispersion pattern which distributes sound over a plane at theperformer’s head-height more evenly than a system with a conventional,fixed-dispersion X° x Y° type horn, which produces an imperfect coveragepattern which misses out some areas — particularly side areas close to themonitor.

In contrast, a Differential Dispersion monitor produces a well-defined,near-rectangular coverage pattern at head-height and wide horizontal coverageis achieved when standing very close to the monitor. As the artist movesfurther back, the dispersion narrows, increasing the SPL to compensate for theincreased distance from the monitor. The frequency response is unchanged, sothe artist hears essentially the same sound balance and level wherever theystand within the coverage area.

The consistency in frequency response and SPL — both close to themonitor and further back — is exceptional. The well-defined and tighthorizontal coverage also allows monitors with different mixes for individualperformers to be placed closer together on stage.

Well-defined rectangular coverage pattern. Artist can stand over monitor or further back without significant change in SPL

Well-defined rectangular coverage pattern. Artist can stand over monitor or further back without significant change in SPL

State of the art components and a finely optimised design results ingenerous power reserves that ensures pristine sound quality is maintained evenunder the most extreme conditions. As well as maximising the capability of themonitor, this ensures that the monitor engineer and artist can be confidentthat they will experience this same high level of consistent performance froman XE monitor anywhere in the world. 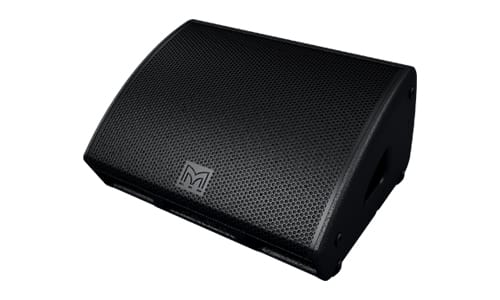 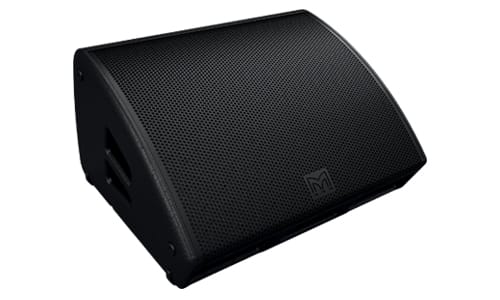